The dawoodi bohras of sri lanka

The Dawoodi Bohras are a sect within the Ismā’īlī, Fātimid branch of Islam. There are approximately one million across the world residing in India, Pakistan, East Africa, Europe, Sri Lanka, North America, South East Asia and Australia.

Dawoodi Bohra Muslims trace their heritage to the Fatimi Imams, direct descendants of the Prophet Mohammed. They were responsible for an unparalleled efflorescence of learning, art and architecture.
One of the oldest functioning universities in the world, Al-Azhar, as well as many architectural monuments in the city of Cairo, Egypt – the vibrant city the Fatimi Imams founded – are enduring legacies of that era.

The present incumbent to the leadership of the Dawoodi Bohra community is the 53rd al-Dai al-Mutlaq, His Holiness Dr Syedna Mufaddal Saifuddin, who assumed office in January 2014, succeeding his father and predecessor, the 52 al-Dai al-Mutlaq, His Holiness Dr Syedna Mohammed Burhanuddin. As Muslims, the Dawoodi Bohras adhere to all the tenets of Islam; belief in Allah and Prophet
Muhammed, the Quran and the pillars of Islam. They perform prayers 5 times a day, and fast during the month of Ramadan.

The faith of the Dawoodi Bohras obligates them to express their love for their nation, to be loyal and law-abiding citizens, and to contribute in their country’s growth, development and prosperity. The spiritual leaders of the Dawoodi Bohra community have dedicated their lives to the service of the community and the betterment of society at large with a special emphasis on cultural and socio-economic development worldwide.

The Dawoodi Bohras in Sri Lanka

The Dawoodi Bohras migrated to Sri Lanka almost two centuries ago, when the first Bohra travelled from Gujarat, India around 1830 AD. There are approximately 2,500 Bohras in Sri Lanka who mainly reside in Colombo, Wellawatte & Dehiwala, and a few reside in Jaffna.

More Information on the Dawoodi Bohra community can be viewed from the international website:
https://www.TheDawoodiBohras.com 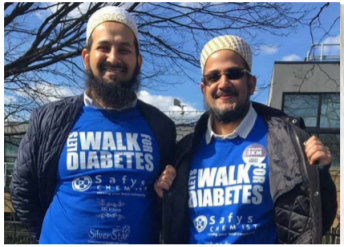